Events will be virtual with no fans 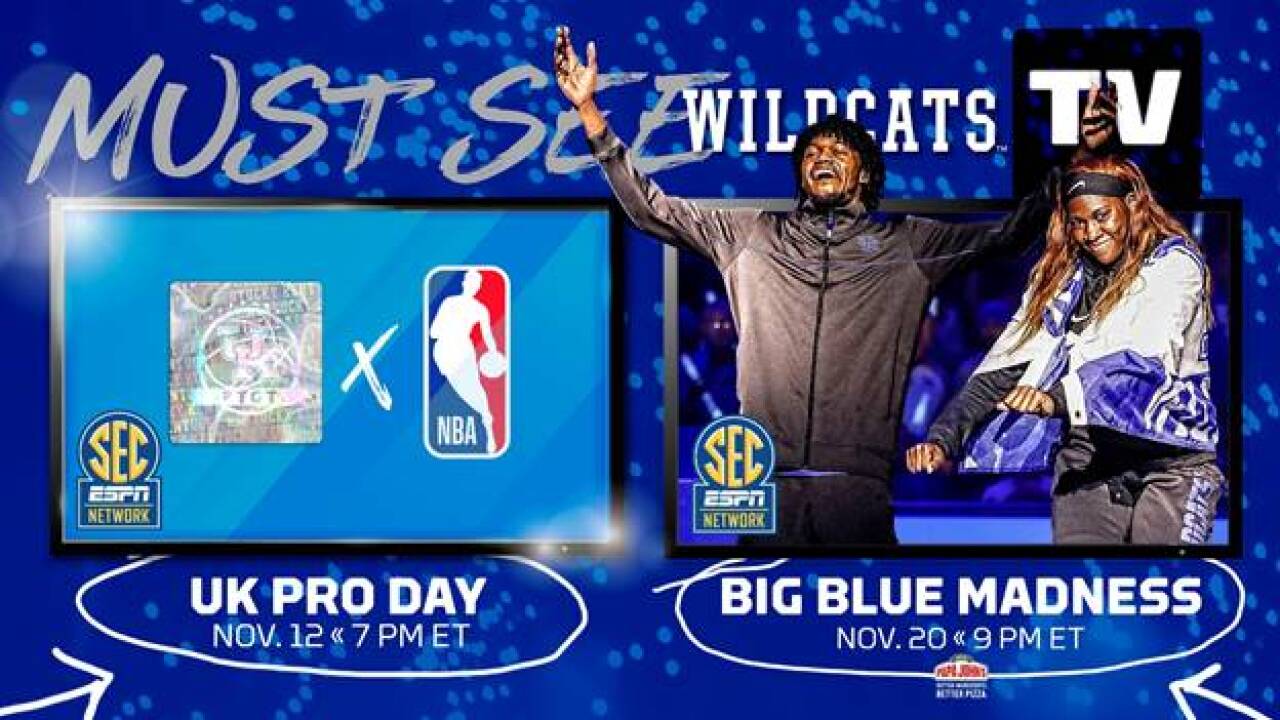 LEXINGTON, Ky. — Kentucky Basketball and the SEC Network are going to partner to give Big Blue Nation a look at this year's Wildcats with both a Pro Day and Big Blue Madness done virtually.

The men's team is ranked in the Top 5 of most polls in the preseason and that's despite losing all five starters and 94% of their scoring. The Wildcats have the top ranked recruiting class and added three transfers that are eligible to play this season.

The women's team is led by one of the top player's in the country in Rhyne Howard and add several players that sat out last season for injury or transfer. Matthew Mitchell is starting his 14th season and his Wildcats are expected to be ranked in the top 15.