UK uses turnovers to get 24-2 win over Mississippi State

Wildcats get six interceptions in the game 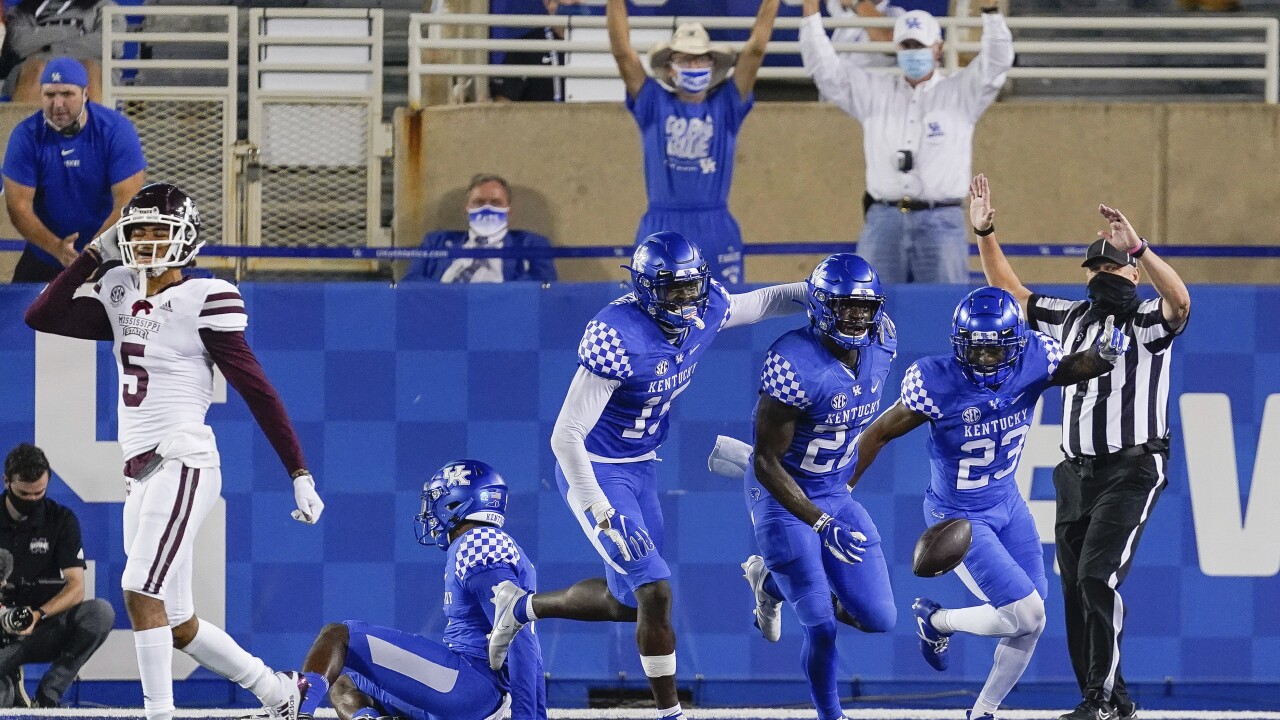 It was a back and forth, no score game until the 2nd quarter. After a missed 56 yard field goal by the Bulldogs,Terry Wilson broke loose for a 51 yard run down to the Bulldogs 14 yard line. Wilson would then use his arm to find Keaton Upshaw for the touchdown to put UK in front 7-0.

Two Mississippi State drives later, they were on the UK 20 when Josh Paschal got the first UK turnover of the season stepping in front of a K.J. Costello pass for the interception and he ran it back 76 yards to the 2 yard line. One play later, Chris Rodriguez would score to put the Wildcats up 14-0.

Right before the half, Mississippi State was driving again into the red zone. Costello looked for a receiver in the end zone but it was tipped and Jamin Davis picked it off to end the first half.

3rd quarter, LSU transfer, Kelvin Joseph made it three interceptions and his first as a Wildcat.

In the 4th quarter, Mississippi State was again moving. The Bulldogs throw went near the end zone when the receiver caught it but Jamar "Boogie" Watson stripped it right out of the receivers hands for the Cats 4th interception. That's the most for UK since 2017 against Vanderbilt.

Late 4th quarter, Max Duffy pinned the Bulldogs down at their own two yard line. A few plays later, Jordan Wright had the 5th UK interception of the game and walked it into the end zone for the touchdown. 21-2 Kentucky was in the lead.

D'Eryck Jackson added the 6th interception to end the game.

Mississippi State's only points came on a bad snap over the head of Max Duffy. He kicked it through the end zone for a safety.

Kentucky improves to 1-2 on the season. The Wildcats will travel to Tennessee next Saturday for a Noon kickoff. The Volunteers lost at Georgia on Saturday and are 2-1.