UK Women lose first of the year at DePaul 86-82 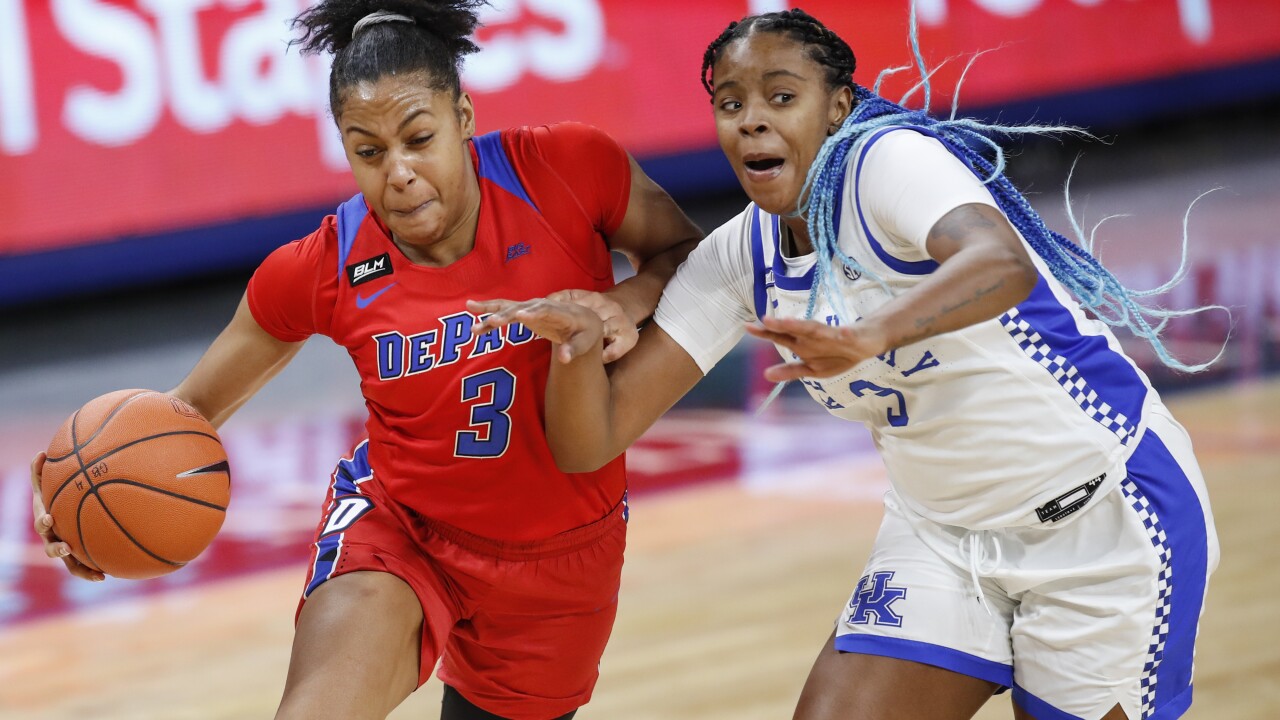 LEXINGTON, Ky. — The No. 9 Kentucky women's basketball team lost its first game of the season at No. 24 DePaul 86-82 despite the play of Chasity Patterson who scored 22 points on 50% shooting from the field.

Kentucky scored the first four points of the game and actually led 14-6 in the first quarter. But, DePaul came back in the third quarter to take the lead. Then, UK countered a Dre'Una Edwards layup and a Blair Green jumper, to reclaim the lead at 41-40. But DePaul came back with eight points in a row to lead 48-41 with 6:08 to play in the third.

The Wildcats were able to cut it to one point in the 4th quarter but couldn't complete the comeback falling by four. No. 9 UK is now 6-1 on the season.

Kentucky will return home on Saturday to face Wofford at 1:00 PM. It can be seen on ESPN+.