Times and TV Selections added to the slate 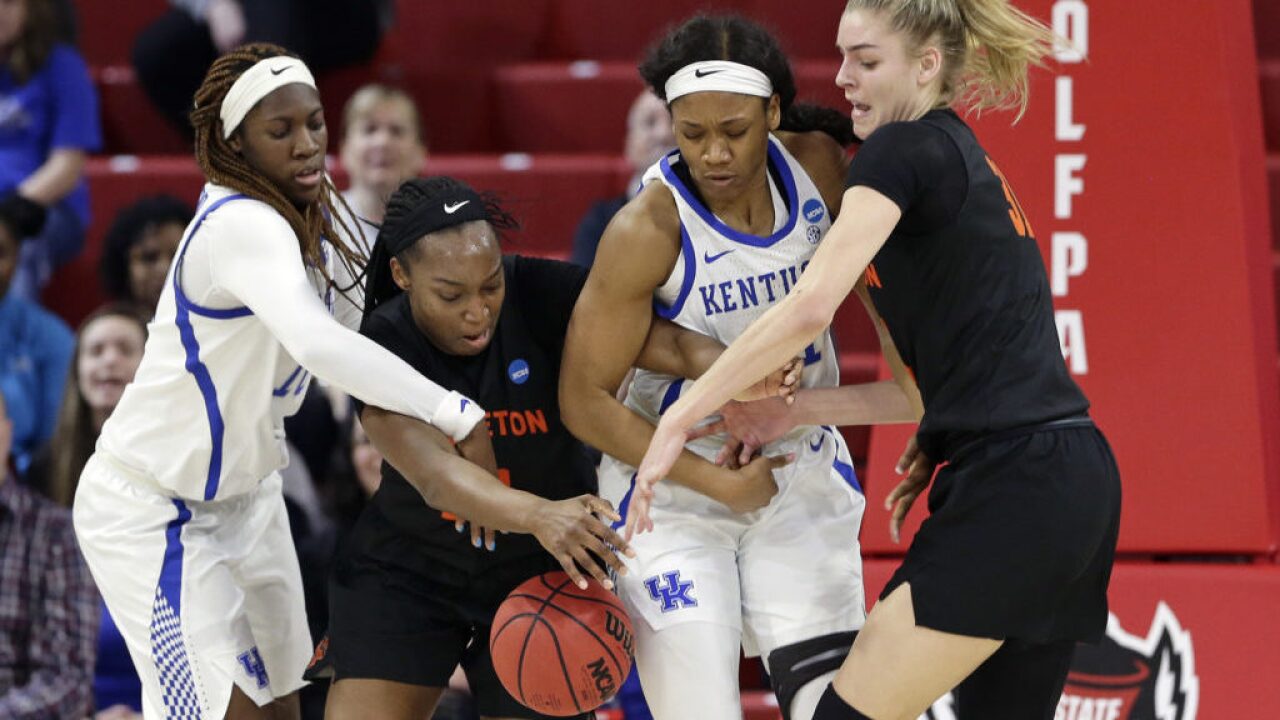 Kentucky’s Rhyne Howard, left, and Ogechi Anyagaligbo, second from right, struggle for a rebound with Princeton’s Sydney Jordan and Bella Alarie, right, during the first half of a first round women’s college basketball game in the NCAA Tournament in Raleigh, N.C., Saturday, March 23, 2019. (AP Photo/Gerry Broome)

You'll be able to see Matthew Mitchell's team a total of 14 times on the SEC Network or ESPN channels. Plus, all of the Wildcats SEC games will be televised or streamed on SEC Network+. It's the 10th straight season UK has been chosen for double-digit games on television networks.

The UK Women will be on the SEC Network on October 11 for the annual Big Blue Madness, which is televised by the SEC Network. Then, they'll open the season for real at home on November 5th against Mount St. Mary's. That game will be on SEC Network+.