Walt Wells adds 17 in his first class at EKU 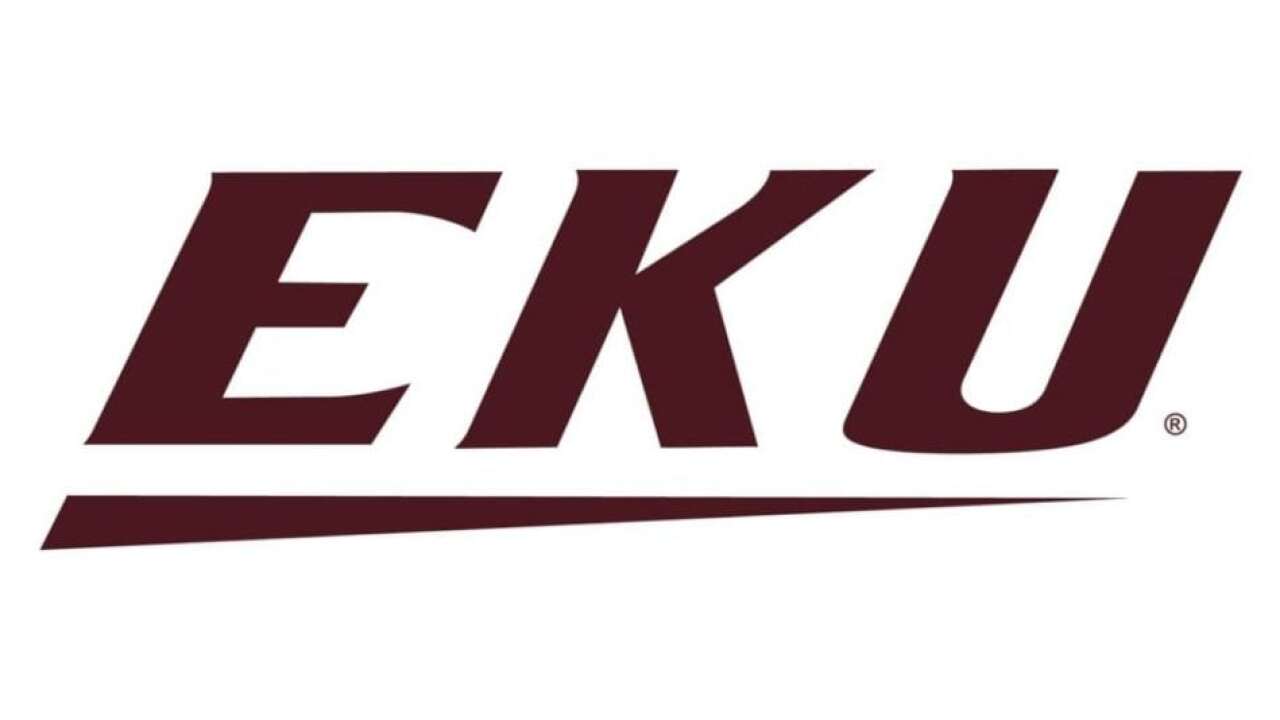 He seemed to concentrate on some of the key positions. Seven linemen and five linebackers are the core pieces to the class. “I thought with the short amount of time we had to get everyone on board and going through tape, our staff did an excellent job of identifying and recruiting the men that we signed,” Wells said in a release from EKU.

One of the transfers is Jarius Brents, a cornerback who redshirted in his only season at Louisville.

The following are individual profiles of the signees.

HIGH SCHOOL
Played at Lake Mary High School … member of the National Honor Society … chose EKU because of the “amazing coaches and loved everything about EKU … felt like home”.

“Reece is a long, versatile tight end who can serve both as an in-line and h-back type tight end,” said Wells. “He provides good length, route running ability and he is physical at the point of attack.”

HIGH SCHOOL
Three-star recruit … helped Pickerington Central High School to a 14-1 record as a senior in 2019 … led his team to a state championship in the highest division in Ohio … led the Tigers to an 11-3 mark and spot in the state final four as a junior … was team MVP as a freshman in 2016 … also had offers from Kentucky, Rutgers, Kent State, Toledo, Youngstown State and Tennessee State … chose EKU because “it was the best fit for me”.

“Abe, as you can tell is a large human being,” Wells said. “He is very agile for his size. I’m looking forward to seeing him line up and do great things on the defensive line.”

HIGH SCHOOL
Chosen first team all-district as a senior at Mercer County High School in 2019 … totaled 86 tackles, 11 tackles for a loss and two forced fumbles in 2019 … also chosen all-area … had offers from Navy and Southeast Missouri.

“Darrian was someone who was in our camps,” said Wells. “Our coaches got a chance to look at and work with him. He has a lot of upside, is very long, and has a lot of potential on the defensive line.”

AS A FRESHMAN IN 2018 AT LOUISVILLE
Redshirt season.

HIGH SCHOOL
Played at Waggener High School … four-star prospect in the class of 2018, the second-highest ranked high school player in the state … during his senior season, he allowed just one catch for -1 yard … had offers from Alabama, Florida, Kentucky, Michigan State, Oregon, Tennessee, Southern California and others.

“Jarius is someone we have known about for some time,” Wells said. “He is an extremely athletic and physical player. He’ll bring additional man coverage skills to our defensive backs room.”

HIGH SCHOOL
Three-star recruit … played at Grayson High School … had 42 tackles, 24 solo tackles, 12 sacks and three forced fumbles his senior season … also had offers from LSU, Minnesota, Louisville, Temple, Ole Miss, Mississippi State, Southern California, and others … chose EKU because “the minute I met the coaches and toured the campus I could see myself going there … the people were nice and the class sizes weren’t too large … the coaches also made me feel like I was coming to be with family”.

“Jadyn comes from a tremendous high school in the Atlanta area,” said Wells. “He played with and against a lot of really good football players, and had a great deal of success. He is an explosive and powerful defensive end.”

HIGH SCHOOL
Selected first team all-conference his senior season after recording 61 tackles and 4.5 sacks … second team all-conference pick as a junior in 2018, finishing with 58 tackles and 3.5 sacks … had 40 tackles and one sack his sophomore season … also had offers from Youngstown State and Gardner-Webb … chose EKU because he “enjoyed the environment and the coaching staff … felt like the best pick for me”.

“Cheikh is a very long outside linebacker who will play the ‘jack’ position,” Wells said. “He had a great career as a defensive end at Middletown. He has the ability and length to get to the quarterback, and can also drop back into coverage.”

HIGH SCHOOL
Chosen first team all-region and first team all-district as a senior at Maplewood High School in 2019 … had 100 tackles, 18 sacks, three fumble recoveries, one interception, one forced fumble, one touchdown and 38 pancakes his senior season … had 36 pancakes as a junior in 2018 at Germantown High School … also wrestles for Maplewood, winning a region and district championship, and qualifying for the state tournament twice … also had offers from Austin Peay, Tennessee-Martin, East Tennessee, Southeast Missouri and Chattanooga … chose EKU because “the school is so beautiful and advanced, which makes other schools look old and worn out … the agriculture program is one of the most advanced programs I have seen … the coaching staff and players have a bond like they’re family”.

“Gabe is a very versatile defensive lineman,” said Wells. “He is a multi-sport athlete who is competing for a state wrestling championship. He is a quality person and a big addition.”

HIGH SCHOOL
Chosen second team all-conference after helping Colerain High School to an 11-2 record and a regional runner-up finish as a senior in 2019 … recorded 52 tackles, three pass deflections, one interception, one forced fumble and one fumble recovery his senior season … was a first team all-conference pick as a junior after the Cardinals went 14-1 and advanced to the state championship game … played tight end and linebacker his junior season, finishing with 32 tackles and three receiving touchdowns … also had offers from Austin Peay, Arkansas-Pine Bluff, Illinois State, Bryant and The Citadel … chose EKU because “it felt like home”.

“Eli is a ‘sam’ outside linebacker who is versatile enough to drop into coverage, and also come off the edge and support the run,” Wells said. “He has good size and speed, and played in a championship program.”

AS A REDSHIRT FRESHMAN IN 2019 AT AUBURN
Played in 11 games … totaled three tackles … forced and recovered a fumble against Arkansas.

“Michael, a four-star recruit out of high school, had some success at Auburn,” said Wells. “He brings size, explosiveness and speed to the inside linebacker position. He is a physical player.”

HIGH SCHOOL
Two-star recruit … chosen first team all-state by two different media outlets … named all-region after helping Summit High School to a 12-2 record in 2019, finishing the season with 139 tackles, 24 tackles for a loss, three interceptions, two sacks, one forced fumble, one fumble recovery and one touchdown … Southern All-Star MVP … earned honorable mention all-region recognition after finishing with 94 tackles as a junior in 2018 … also had offers from Navy, Southeast Missouri, Tennessee State and Western Illinois … chose EKU because “it felt like the best fit for me”.

“Jaylen is another long inside linebacker,” Wells said. “He played for a really good program at Summit. He is a really good student and football player. He brings explosive power to the position.”

HIGH SCHOOL
Two-star recruit … chosen first team all-state after rushing for a school record 3,001 yards and scoring 33 touchdowns as a senior at Madisonville North Hopkins High School in 2019 … led the state in rushing … rushing total was the eighth-most ever in one season in state history … became the all-time career rushing leader in MNHS history … 2019 Class of the Commonwealth by the Lexington Herald-Leader … selected as the Tristate MVP … helped the Maroons to an 11-3 record, a district title and a region championship … also had offers from Illinois State, Murray State and Tennessee-Martin … chose EKU because “it felt like home”.

“Jeriah rushed for over 3,000 yards, which is hard for anyone to do,” said Wells. “He brings a lot of versatility to the running back position with his power running and receiving abilities.”

HIGH SCHOOL
Led the state of Florida in rushing yards and touchdowns during his senior season … earned all-area offensive player of the year honors at Lake Minneola High School as a senior in 2019 … set a school record with nearly 2,500 yards rushing and scored 34 touchdowns his senior season … rushed for 200 yards or more in seven games … had a season-high 311 yards and five touchdowns in a 42-13 win against Spring Hill Springstead in the Class 6A-Region 2 quarterfinals … rushed for 1,227 yards and scored 16 touchdowns as a junior in 2018 … also had offers from Tennessee-Martin, Tennessee Tech, Rhode Island and Gardner-Webb.

“Kyeandre led the state of Florida in rushing, so we added the rushing leaders from both Kentucky and Florida this year,” Wells said. “He played for Walter Banks who is a really good football coach at Lake Minneola. Kyeandre has the ability to get the tough yards and finish the explosive run.”

“Jarrett is someone who can come in and play center or guard, and has long snapping abilities,” said Wells. “He played in a great program at CPA and was highly recommended by the staff at CPA. I’m excited for his future.”

HIGH SCHOOL
Garnered first team all-district honors as a linebacker his senior season at Aldine MacArthur High School … recorded 110 tackles, five pass break-ups, four quarterback hurries, two fumble recoveries and one forced fumble as a senior in 2019 … team MVP as a junior after recording 117 tackles, 10 sacks, eight pass break-ups, six forced fumbles and one interception … had 78 tackles, four sacks and three fumble recoveries his sophomore season … also had an offer from Tennessee-Martin … chose EKU because “the warmhearted welcome they provided and because coach Wells and his staff believed in me”.

“Eric has good size and speed for the inside linebacker position, which is a position we had a great need for,” Wells said. “He was the MVP and recorded a ton of tackles down there.”

HIGH SCHOOL
Two-star recruit … received honorable mention all-state recognition as a senior at Sprayberry High School in Marietta, Georgia … also chosen first team all-region, first team all-county and first team all-metro … had 55 pancakes and allowed one sack his senior season … played at Frederick Douglass High School in Lexington, Kentucky as a sophomore and a junior … recorded 45 pancakes while helping the Broncos to an 11-1 record and a district championship in 2018 … chosen all-city after not allowing a sack as a sophomore in 2017 at Douglass … also had offers from Tennessee-Martin, Bryant, Tennessee Tech and Charleston Southern … chose EKU because “it was home … growing up around the atmosphere showed me there’s no other place I’d rather be … then when I saw what these coaches had planned for this team, and how bought in the players I met were, there was no competition between any other school … this is home”.

“Jake is someone who lived in Kentucky before moving to Georgia,” said Wells. “He is a really good football player and really passionate about playing the offensive line. He’s someone we really had to fight for and are glad we have him. Jake was born to wear the maroon and white.”

HIGH SCHOOL
Chosen as the county player of the year and second team All-first Coast after a senior season in which he had six interceptions, two touchdowns, 73 tackles and 16 pass-break-ups … helped Bartram Trail High School to an 11-1 record and a district title in 2019.

“Craig is a really good football player from a really good program at Bartram Trail,” Wells said. “He is a long, fast cover corner who is a physical tackler.”

HIGH SCHOOL
Earned third team all-state honors as a senior in 2019 … helped Paul Blazer High School to a 10-3 record and a district championship in 2019 … also led the Tomcats to a 10-3 record in 2018 … received honorable mention all-state recognition as a sophomore in 2017 while helping PBHS to an 11-2 record and a district title … placed fifth in the state in wrestling in 2018 … reached 100 career wins in wrestling … had offers from Tennessee-Martin and Murray State … chose EKU because “it is close to home, and the educational buildings and facilities are brand new”.

“John is someone we had marked when we came together in December and worked really hard to get him,” said Wells. “He’s a really good football player and wrestler. He’ll be a center and a guard for us here. I’m glad he is in maroon and white.”