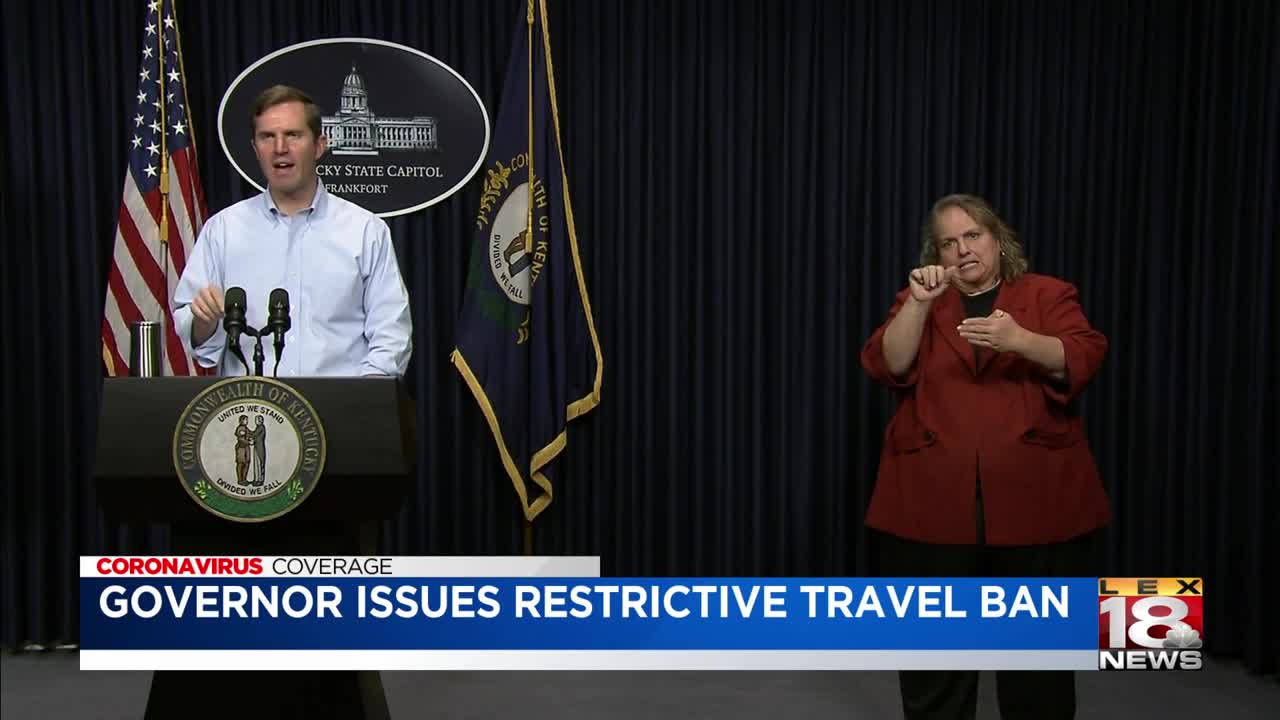 FRANKFORT, Ky. (LEX 18) — Gov. Andy Beshear announced during his Monday press conference that Kentucky is now up to 480 cases of COVID-19.

Along with the new cases, two new deaths were reported, bringing Kentucky's coronavirus-related death total to 11. The two new victims were an 88-year-old woman in Kenton county and a 98-year-old in Simpson County. Both victims had underlying health conditions.

Beshear also issued a new executive order that instructs Kentuckians not to travel to other states except for work, essential supplies, healthcare or a court order.

"Right now, we have more cases in other states. That doesn't mean they are doing a good or bad job," Beshear explained. "What it means is your likelihood of getting infected and potentially bringing back the coronavirus may be greater in other states than ours right now."

The order also requires that if you travel to another state for any reason other than those four exceptions, you will be required to quarantine for 14 days.