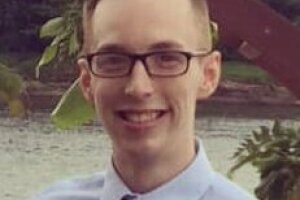 Jordan Mickle joined the LEX 18 team as the Digital Executive Producer in May 2020. Born and raised in Waterloo, Iowa, Jordan graduated from the University of Iowa in 2014 (Go Hawks!) where he double-majored in journalism and marketing.

During his time at Iowa, Jordan worked for the Daily Iowan newspaper, but it wasn't until he started working at Daily Iowan TV that he found an interest working in broadcast journalism.

Following graduation, Jordan spent more than 3.5 years at KWWL, the NBC affiliate in Waterloo, Iowa. Jordan also spent 2 years at TMJ4 in Milwaukee, Wisconsin, where he spent part of his time
sharing stories with Milwaukee-area viewers on tmj4.com.

Jordan is excited to call Lexington his new home and is looking forward to sharing stories from the Bluegrass state!

Have a story idea or want to connect? Follow Jordan on Twitter @JordanPMickle or send him an email at jordan.mickle@wlex.tv.